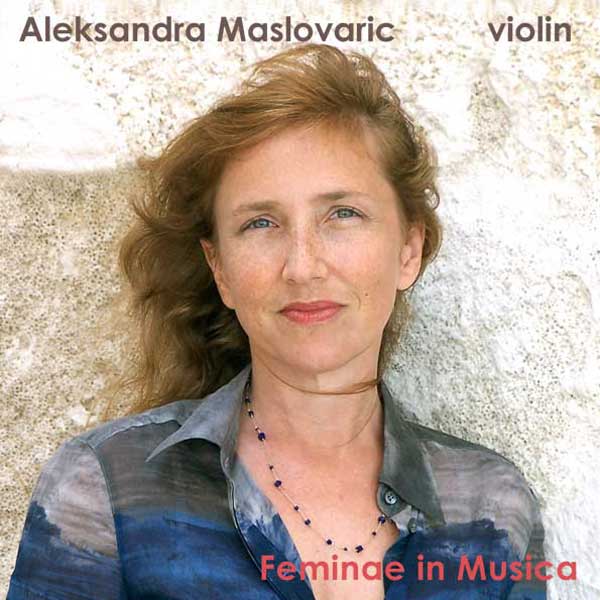 Beth Anderson is a contemporary neo-romantic composer based in New York. Her work has garnered much acclaim and she has received numerous awards, including a grant from the Aaron Copland Fund. This album includes three of her works for violin and piano, tracks 2, 5, and 9: Tale One, Tale Three and Belgian Tango. Read more about Beth at her website.

Lili Boulanger, younger sister to Nadia, was born into a distinguished musical family of late 19th century France. Considered by many of her contemporaries to be one of the most talented composers of her generation, at the age of 19 she became the first woman to win the Premier Grand Prix de Rome for composition. Tracks 4 and 8 on this album are her compositions D’un Matin de Printemps and Nocturne.

Barbara Heller is a contempory composer based in Darmstadt, Germany. She is a founding member of the international working group Women and Music (Frau und Musik). Track 3, Lalai, Lullaby for Awakening?, was written in 1989 and dedicated to “all women who are held in Islamic prisons for political reasons, to all those who have already been executed and to all those whose lives are still in danger.”

Francesca Lebrun, born in 1756, was a contemporary of Wolfgang Amadeus Mozart. A leading soprano in the European opera scene of the 18th century, she was sought after and praised by such renowned musicians as Salieri and Schubert. The album includes the sixth of her beautiful sonatas for violin and piano: tracks 6 and 7.

Aleksandra Maslovaric begins and concludes the album with her own compositions for solo violin: Reka and Novela, tracks 1 and 11, which were her first works to be commercially released.

Johanna Senfter was born in 1879 into a wealthy German family where her musical talents were encouraged to flourish. A respected violinist, pianist and philanthropist, she was also a prolific composer, though many of her 130+ works have been uncovered only since her death. Her composition Elegie is included as track 10 of this album.

The complete tracks of both D’un Matin de Printemps and Novela are available as a free download for personal use. Right-click the links above and save the files to your computer.